While I was at the Higher Technical College, a few colleagues and I developed a Chat application. At the time I was just getting started learning about Microservices-Architecture and the related patterns. As I wanted to apply what I was learning I figured why not build a Microservices-Backend for the chat app? In this post I want to share the mistakes I made designing the system and purpose an architecture of what I think a scalable chat backend could look like given the ability to use modern technologies. So without further ado, here’s the original architecture:

The mobile app talked to the backend via HTTP and received push notifications using SignalR (a .NET technology for real-time communication). All inter-service communication was done using AMQP, specifically the RabbitMQ broker. Along with that, every service that needed to persist data had it’s own database (PostgreSQL) and where it made sense a cache (Redis). The Gateway Gatekeeper service was responsible for validating requests and basically acted as the API Gateway (for the most part, we’ll get to that). When users signed up, they received a verification code via email and it was the Mail services’ job to manage the process and validate the codes entered at signup by the users. The User service was quite simply responsible for managing users (so mostly CRUD for user entities). It also notified the other services when something changed in the user database. A special feature of the app was that you could basically chat someone “up”. Users had tags and this feature would connect people with similar interests. That was the responsibility of the ChatUp service. The Log service was used to do just that, logging. Last but not least, the Notification service was responsible for managing the connections from the clients and to send push notifications.

Doesn’t look to bad, I guess? Well we did some things right, the services were somewhat autonomous and every service had it’s own database and cache. Anyway, let’s talk about what went wrong/should have been done differently:

So I hope this will help you avoid the mistakes we made when designing our scalable chat backend. Now, let’s look at how I would design the system now, applying what I’ve learned. The new architecture is scalable, highly-available and evolvable:

As you can see, by avoiding Nano-Services, using the right tool for the job and rethinking the services’ responsibilities we ended up with a much easier, yet more scalable and highly-available architecture. Furthermore, you can plug in Kafka Stream processors or ETL services talking to Kafka and CockroachDB to add analytics or machine learning to your application. New services can enhance the existing system without having to worry about synchronous communicating hindering performance. Thus the architecture is evolvable aswell.

What do you think about this new architecture? I hope you could learn a thing or two from the mistakes that we made and the new architecture i purposed. If there was something you liked/disliked or you’ve got some type of application you’d like to see me design, let me know. I’m highly looking forward to your feedback! 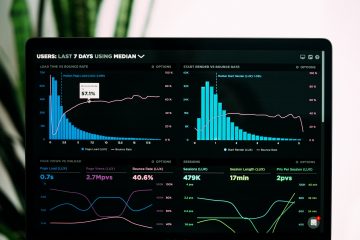 For some time I’ve been playing around with the idea of developing an API to offer Sentiment Analysis as a Service, like major cloud providers are already doing. In this blog post I’m going to Read more…